Here are 4 walking tours in London which have popular culture as their themes. 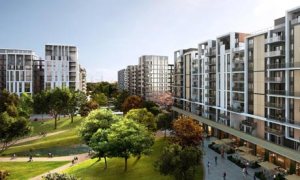 The walk starts with a look at the Olympic stadium and swimming complex, which have been much altered since 2012 to begin their new lives in the community. Then it’s past the controversial Orbit and hear its local nicknames. Then it’s out of the park past new properties to see the ‘Ikea’ torch which overlooks a canal which was changed by the Olympics. You also see how this once derelict area is being rebuilt into what is planned as a luxury canalside complex. Then one walks through a new park to a little known area of grade listed 18th century beauty on the River Lea to see what the Olympics have done to regenerate the surrounding area and what legacy it has left. You also see an infamous Victorian factory, which caused controversy before the Games. And finish in the Bow of Sylvia Pankhurst and many other reformers, and wonder what they would think of it all.

Pall Mall to Mayfair Passing Go Walk: You have to omit the Browns and Blues of outer London, and Fleet Street, to keep the walk to a reasonable distance, but otherwise you do the properties almost in order. Find out why one set of colours are not street names and see what they really are. Hear about one place that simply doesn’t exist and never has! Though you do walk down the incorrectly named street which was supposed to be represented. You’ll also see and hear all about the great places of interest in the Mauves and Reds, before seeing some of London’s poshest commercial addresses in the Yellows, a Green that is owned exclusively by one person so really is like a ‘property’, and further Greens and the Dark Blues which are also full of interest.

There are a lot of Beatles walking tours in London but these have to inevitably include walking across the iconic Abbey Road crossing, which is in dull St John’s Wood. We think a walk through the far more interesting Soho area, which was the centre of the rock scene in the 60’s makes for a far more interesting walk. Here you’ll see numerous locations associated with the Beatles both as a group and individually, but also Bowie, the Stones, Hendrix, Rod, Bolan, the Kinks, Tommy Steele, Adam Faith and many more, with loads of photographs of them back then too. You’ll also walk past where Paul met Linda and see where John met Yoko; a great guitar street, and clubs, coffee bars and a studio where stars of the future hung out, performed and got discovered.

Street Art Walk: Of course you can do a Street Art walking tour without a guide by just following the images. But it’s easy to end up just walking around building sites and car parks. Those attracted to the aesthetic of street art may find their walk rather unappealing. It’s better to come with us and get shown not just the very best of the art on car park walls, but also some of the more interesting parts of Spitalfields and Shoreditch, the capital of London’s street art scene. There’s a dazzling array of images to see, and the great thing is the art is continually changing. We walk along all the well-known street art spots but also show you some of our favourite spots that are a little off the beaten street art tourist track with work of artists such as Shok 1, Mo, Paul Don Smith, Space Invader, Andy Seize, Zina, Borondo, Oker, Otto Schade, Ben Eine, Thierry Noir, Stik and many more. We tell you about the artists and of course show you a couple of Banskys and tell you about him/them? And being your own private walk, we go at your pace. If certain images leave you cold we keep moving, but when one amazes you we can stop and take it in for as long as you wish. Bring a camera!