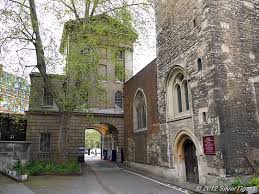 Hidden London Walk: This walking tour is crammed with London’s medieval history. You’ll see hidden gems no other walks show their clients. Things hidden away in little nooks and crannies, or that are right out on display but which people walk past every day without realising what treasure they are missing. You see two of London’s least known yet most touching and important memorials, one of the great medieval halls, London’s most striking guild hall, the old city wall, the oldest churches and oldest hospital. You also see areas infamous for their public executions, things relating to the Great Fire, body-snatching and the Tudors. And you never stick to a road when an interesting old alley, lane or square beckons. 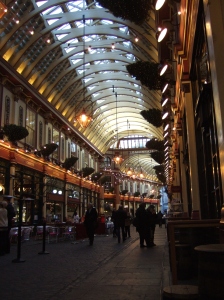 Ye Olde City of London Walk: You can easily walk through the City of London and think it’s just a sea of modern office blocks. But hidden behind and between these buildings is a fascinating web of ancient alleys which have much history to tell. Starting with the Great Fire of 1666 you hear about 17th century fire-fighting and a useless Lord Mayor before following the fire’s route through alleys, courts & passages. There’s also an explanation as to why these pre-fire medieval routes are still here today. You also see Wren’s replacements of gutted churches and a melted cathedral. You see ancient City walls and hear the history behind Lloyd’s of London, the Guilds, Stock Exchange, Bank of England & Mansion House. 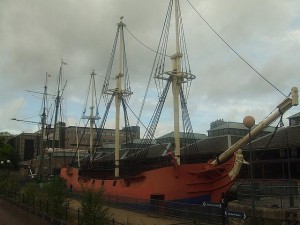 Pirates Walk: What is the difference between pirates, privateers and buccaneers? Who were Capt Kidd, Henry Morgan & Blackbeard? Who was Elizabeth 1’s favourite pirate? How accurate is Treasure Island and Pirates of the Caribbean? What are the facts and what is the fiction? Find out the answers. See where pirates were hanged; an old pub where condemned pirates were allowed to have their last pint of beer; a pirate ship in dry dock; a huge dock wall which kept the cargo in and dodgy characters out. And there’s stuff about the jolly roger; pistols and cutlasses; how to board a ship; how ships navigated; “learning the ropes” and “swinging the lead”; buried treasure; the pirates’ code; pieces of eight and other booty; weevils, rats and maggots; wooden legs and eye patches; pet parrots and monkeys; personal hygiene (lack of!); walking the plank; and Blackbeard’s beard – a fearsome thing to behold. And there’s Mutiny on the Bounty history too.

Theatre in Shakespeare’s London Walk: You start by seeing where plays were performed before ‘the Theatre.’ As you pass the site of the great Elizabethan theatres and a new version of one, you hear how plays were written and performed in a very different way from today. You also hear of the restrictions placed on actors and their troupes as you walk through what was lawless Bankside, where Elizabeth 1 came for entertainment frowned upon by a growing movement. And you see places either side of the river where Shakespeare worked and lived, in two different types of theatre. And if you start to get tired you can even sit on the very seat where the Bard used to sit and wait for his commuter transport home at the end of a hard day. You also see a bust of the great man, though on closer inspection it’s a memorial to two friends of his who made him the star he is today.

Tudors’ London: There’s a lot more to the Tudors in London than the Tower. You’ll hear the story of the Tudors whilst seeing things from the history of Henry V111, Elizabeth, Bloody Mary, Lady Jane Grey, Thomas Cranmer, Thomas Cromwell, Thomas More, William Tyndale and William Shakespeare. Heresy, treason, plots, trials, executions, book burnings, dissolution, reformation, annulment – it’s all here. You’ll see London’s oldest church, hospital and house, the only statue in London of Henry, a  medieval monastery, guild halls and the old city wall. You’ll also see where the bodies are buried, literally. And if you’re a Wolf Hall fan, you hear the real, little told story of why Anne Boleyn just had to go, and you’ll walk to Austin Friars, where Cromwell built his huge palace.