This walk is for all Victoria TV series fans. You start by seeing several of the grandest mansions in London including of course Buckingham Palace. You then head for the palace where Victoria and Albert married. 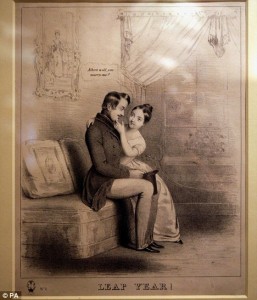 This is also one of London’s  prettiest walks – you stroll through lovely St James’ Park to one of London’s grandest streets, which has a connection to that dodgy downstairs business of selling the used candles from the royal palace. And you’ll hear of how this actually did happen and led to the formation of one of London’s most iconic shops. You’ll also see evidence of how people walked through the streets of early Victorian London, which like Buck House lacked gas lamps. You’ll also see evidence of the second richest woman in Victorian Times and hear of how her life compared to Victoria’s. You’ll also see something relating to Votes for Women and tell you what Victoria thought of the Suffrage movement.
Then you take a tube a few stops to the part of London called Albertopolis. It’s certainly well named. There’s the Victoria and Albert Museum, the Albert Hall, the Albert Memorial and the Great Exhibition site, which Albert was so involved in.
And you’ll also see Kensington Palace, where Victoria lived before she became queen, and is still today an impressive royal palace.